■ Shinangchon is a religious community

Shinangchon is a religious community where believers of the Chunbukyo faith live and work together. It was built so that believers can live together and lead a cleaner life in the grace of God. Blessed by God, Shinangchon is truly the Holy City of Chunbukyo where boundless joy and delight, and God’s grace abound without end. As God pours the Holy Dew Spirit on Shinangchon, the water of life flows and, from time to time, pillars of light can be seen in the night sky.

Shinangchon is a beautiful town with clean air. It has churches, homes, apartments, a supermarket, schools, a post office, restaurants, senior centers, and a wide range of other facilities for convenience and comfort. Moreover, Shinangchon has enterprises that manufacture a wide range of products: clothes, beddings, yogurt, tofu, soy sauce, hardware, and so on.

■ Why we live together

Why do we live together in Shinangchon? First and foremost, by living and working together without mixing with people of the outside world, the members of the Chunbukyo church can lead a clean and sinless life filled with God’s blessings and grace. Faith redoubles when its believers assemble and grace grows when its recipients congregate. As an analogy, if you mix burning charcoal with wet charcoal, burning slows and the fire eventually goes out. However, if you mix it with other actively burning charcoal, the blaze burns hotter.

■ We are also known as the Zion Group

For the last half century, the Zion Group has been loved by of its customers for the integrity and superiority of its products and even today the number of customers is increasing with deep trust. Shinangchon is the village where believers in the words of God live together. We live and work together, as God has taught us, with conscience and integrity as members of the Zion Group. 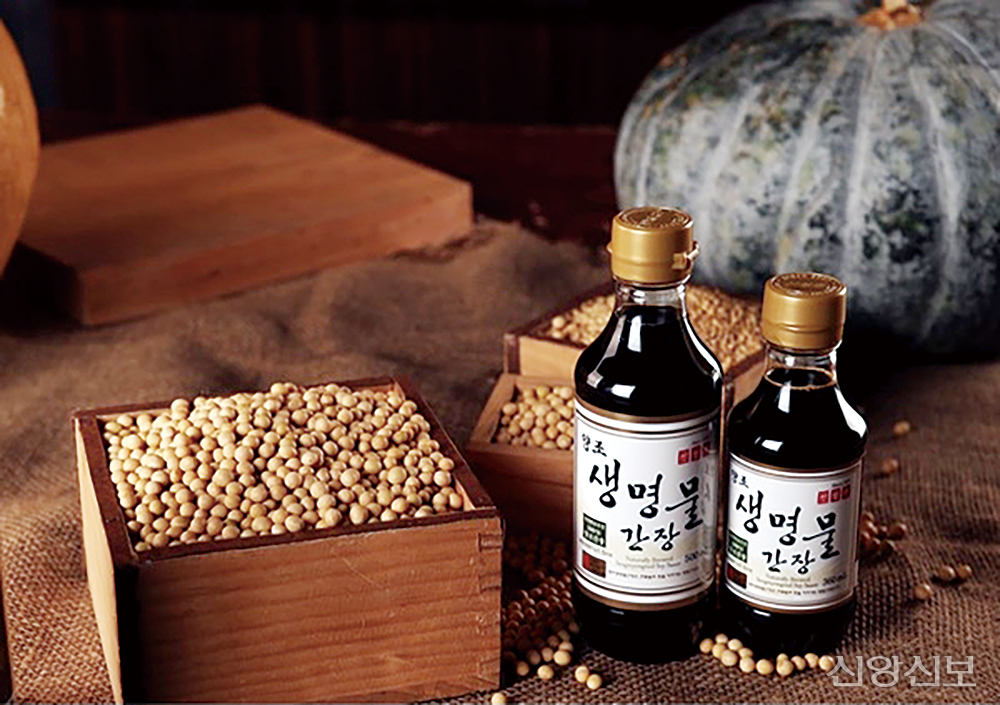 ■ Why a religion operates business enterprises

Why do we combine religion with enterprise in Shinangchon? There are three important reasons we live side by side with businesses.

The first reason is economic independence. Like everything else, religious life is not possible without the ability to economically sustain oneself. The businesses at Shinangchon give its residents the independence they need to live a true life of faith without worrying about economic sustenance.

The second reason is the substantial contribution it makes to social development through enterprise. The history of Shinangchon enterprises goes back to 1957 when Sosa Shinangchon was built. Shortly after the Korean War, when the country’s economy was devastated, Sosa Shinangchon built factories for making bread, soy sauce, socks, furniture and other necessities, contributing immensely to meet the basic needs of people. Later, more factories were built to manufacture pianos, violins, and other musical instruments, enhancing the quality of the nation’s cultural life. Dukso Shinangchon built in 1962 continued to produce large quantities of quality products, which became popular staples throughout the country. During the time of Gijang Shinangchon, exports rapidly soared. For Shinangchon’s contribution to the development of the national economy, the Korean government awarded it the Stone Tower Industrial Medal and the Steel Tower Industrial Medal in 1972 and 1973, respectively.

The third reason is that the products, made with the integrity and dedication of our believers in the blessed land of Shinangchon, are full of God’s blessing and grace. We do not regard a sale of our product to a customer as just one more deal or score. Every sale is considered a sacred act of transmitting God’s grace, and every transaction is made with a prayer that God’s blessing and grace go with the merchandise and dwell with each and every one of their consumers.

■ What is the Law of Liberty?

The residents of Shinangchon strive together to live in the words of God, particularly the Law of Liberty, which is written in the Book of James as, “Speak and act as those who shall be judged by the Law of Liberty.” It proclaims that all human beings are to be judged by this law and that salvation can be obtained only by obeying it. Even though it is such an important passage, nobody has had any clue about it until God himself disclosed its meaning.

Under this law, we have to keep our minds and thoughts absolutely clean. And in this world of sins, Shinangchon provides a much more conducive place to keep the Law of Liberty and rid ourselves of sin. The ultimate purpose of every Chunbukyo Church member is to keep the Law of Liberty and become a righteous person who has nothing to do with sin and attain salvation at the end. 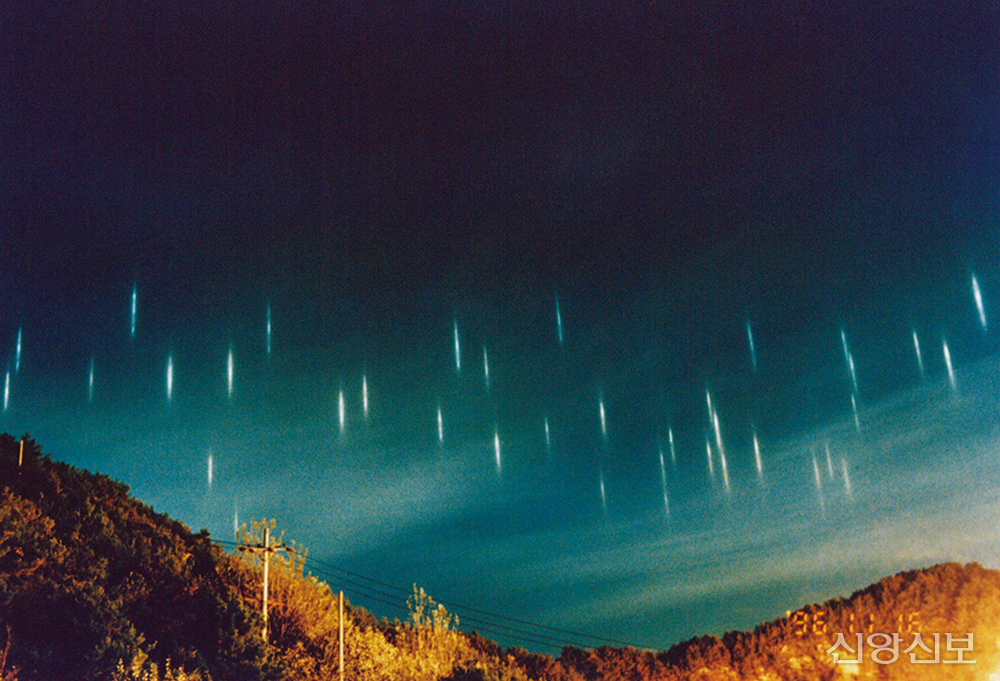 Pillars of light in the night sky over Shinangchon on November 1996.

■ What is the Holy Dew Spirit?

■ What is the Water of Life?

The Water of Life remains pure and potable even after decades. Moreover, the Water of Life can make a corpse, dark and stiff with rigor mortis, bloom fairer and more beautiful than when it was alive. Since all functions have ceased in a corpse, normally not a drop of ordinary water can go down the gullet, but when the Water of Life is given, the throat opens and the water goes down, causing the body to bloom from inside out. Whether given internally this way or rubbed on the outside of the body, the skin clears up, returning to its original pristine color, sometimes with a halo of radiance. The whole body becomes supple and flexible, giving the appearance of one in peaceful sleep. We call this phenomenon “the corpse blooms.”

As written in the Bible, “When the perishable has been clothed with the imperishable and the mortal with immortality, death has been swallowed up in victory,” (1 Corinthians 15:54) the Water of Life that makes the corruptible incorruptible is visible scientific proof that salvation is obtainable.